Additionally, the portion of Windsor Street between Pleasant Street and Trumbull Street will be permanently closed. Upon permanent closure, Windsor Street will be used first as a construction staging area for the ballpark and then reconstructed as the “Windsor Walk” pedestrian and bicycle lanes as presented in the Downtown North development plans. 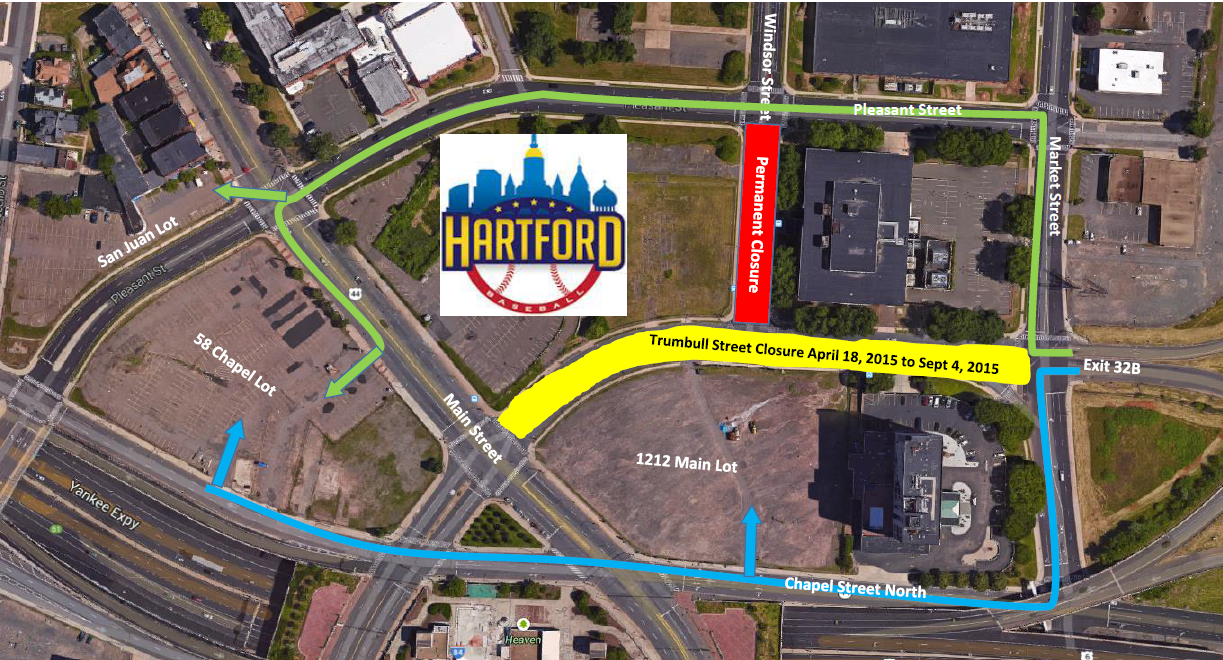